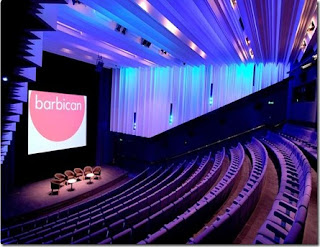 What makes a Conference brilliant?  I’ve lost count of the number of Conferences I’ve attended.  Very few as a delegate I have to admit, most have been as a presenter or organiser which gives a different perspective on the event. For whatever reason I am there, I always stay for the whole event, even though some of these worlds have been completely alien to me.  Amongst the jargon, in-jokes, and intellectual specialisms there is always a gem of learning. I have never left without something interesting to muse over.  Quite often these are unexpected ideas gleaned from a prominent speaker or a reflection on the event itself.
One of my greatest revelations came at a Health and Safety conference organised for a large utility company.  The company invested well over a hundred thousand pounds in the event which was attended by about 300 people.  These were the key people involved with the health, safety and well being of thousands of employees from across the business.  Here we had the opportunity to fundamentally influence the whole organisation and through their actions the communities they served.  Although the conference went really well, achieving all of its objectives and with the organisation and their guests really happy with what went on, I was left with doubts.
For a conference to give a measurable return on investment for the bill payer we need to pay attention to these points.  Doing so ensures the conference is the starting point – the stimulus for improvement. So what makes a conference brilliant? Quite simply, when we know the effort has directly resulted in a great return on investment, which means consistent improvements in practice.
Toggle the Widgetbar