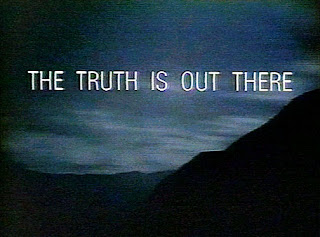 It was on a visit to a large organisation that I discovered there are three versions of the same history.  While this didn’t come as a surprise, it was a revelation.  My ‘Road to Damascus’ moment came as I was waiting between meetings in a communal area which served two call-centres.  The only opportunity employees had to make personal calls was during their breaks and they had to leave the office floor so they wouldn’t disturb their colleagues.  I’d settled into a comfortable chair to catch up on some notes, my reflections of leadership throughout the organisation.  As I digested the views of Directors, Senior Managers and Team Leaders, the workforce came and inadvertently gave their verdict.
Version 1          The history we want
‘We are a people business’ effused the Directors.  Here was the ‘Party-line’ postulated by consummate politicians.  They told me what they thought I wanted to hear.  MBA’s and leadership books were regurgitated, often punctuated with quotes and namedropping.  My word, they were a well read group.
Version 2          The history we need
Senior Managers on the other hand described what they thought was happening.  They didn’t try the academic one-upmanship of their seniors.  They did however have data… lots of data; staff surveys, customer surveys, attrition, absence, focus-groups and good news stories.  Evidence was abundant.  Interpretation however was skewed by the need to report how well things were going.
Version 3          His-story
I couldn’t help but catch the conversations people were having with friends and family on their phones.  After all they were only standing one or two metres from where I was sitting.  Their perspective on how they were managed, their aspirations and their engagement with the organisation flowed out, no holds barred.  Language was colourful, animated and indeed, passionate.  In contrast to versions of history given by the Leadership team, comments were mostly negative, many were bored, few felt they were participants. The majority believed their sole contribution was simply to make up the numbers.
As FBI Agent Fox Mulder said whilst investigating the X –Files ‘The truth is out there’. It lies somewhere between these three versions.  You just have to listen hard enough in order to find it.
Toggle the Widgetbar