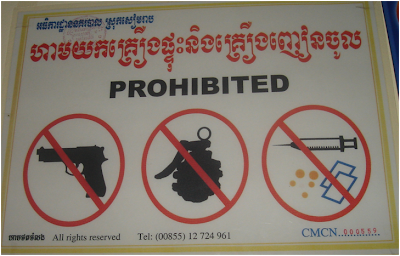 Rules are principles or conditions that customarily govern behaviour.   By definition they are constraining, allowing only a limited range of activity.  This means that even through innovation and creativity there is only a certain amount of improvement that is possible?
For example: F1.  The motor racing rules are deliberately designed to keep improvement within limits to make the racing safe and fair.  If these limits were removed cars would be faster, accelerate better and have more responsive handling.
If we consider the types of rules that govern our lives then we see that there is a spectrum of rigidity.  Some are immutable, set down in law and we can be punished for not obeying them.  In some societies they are rigid and everyone feels obliged to conform.  Anyone who has visited Switzerland will notice that every citizen also feels obliged to police these laws which mean a high degree of compliance.  Whereas in many countries people flout the laws especially if they disagree with them or they are unlikely to be caught when they transgress.
A great example of this was given to me by a Swedish friend who told me of a nationwide amnesty on distilling alcohol at home.  People were given the opportunity to hand their illegal still to the authorities.  In the whole country only one still was handed in.  The government concluded that because so few stills had been decommissioned it only went to prove that home distillation of alcohol was not a problem!
How many people in the UK break the 70mph speed limit when they drive on motorways?
A spectrum of rules from ‘rigid’ to ‘guidance’
Social Legislation:  Laws set by the governors of society
Scientific: Defined by hypothesis, research and proof (until someone proves these wrong)
Procedural:  A set of rules which govern processes
Experiential:  Expert defined rules derived from experience
Social norm:  Informal widely accepted rules, concepts or truth, definition or qualification
Moral:  A moral code or values for guiding choice or behaviour
Principle:  A generalisation that is accepted
Philosophical:  A reason to act, feel or believe
Personal:  Self defined rules
When you appreciate the constraining factors of this plethora of rules it is easy to understand why we believe that organisations should have a hard look at which are really necessary and determine those which they can do without.
One example stands out.  On 20th July 1969 Neil Armstrong and Buzz Aldrin stepped out of Apollo 11 onto the surface of the Moon.  This was the result of President Kennedy’s determination that nothing should stand in the way of American’s being the first to land on the Moon.  When we take away the rules what can be achieved is literally out of this world.
Toggle the Widgetbar